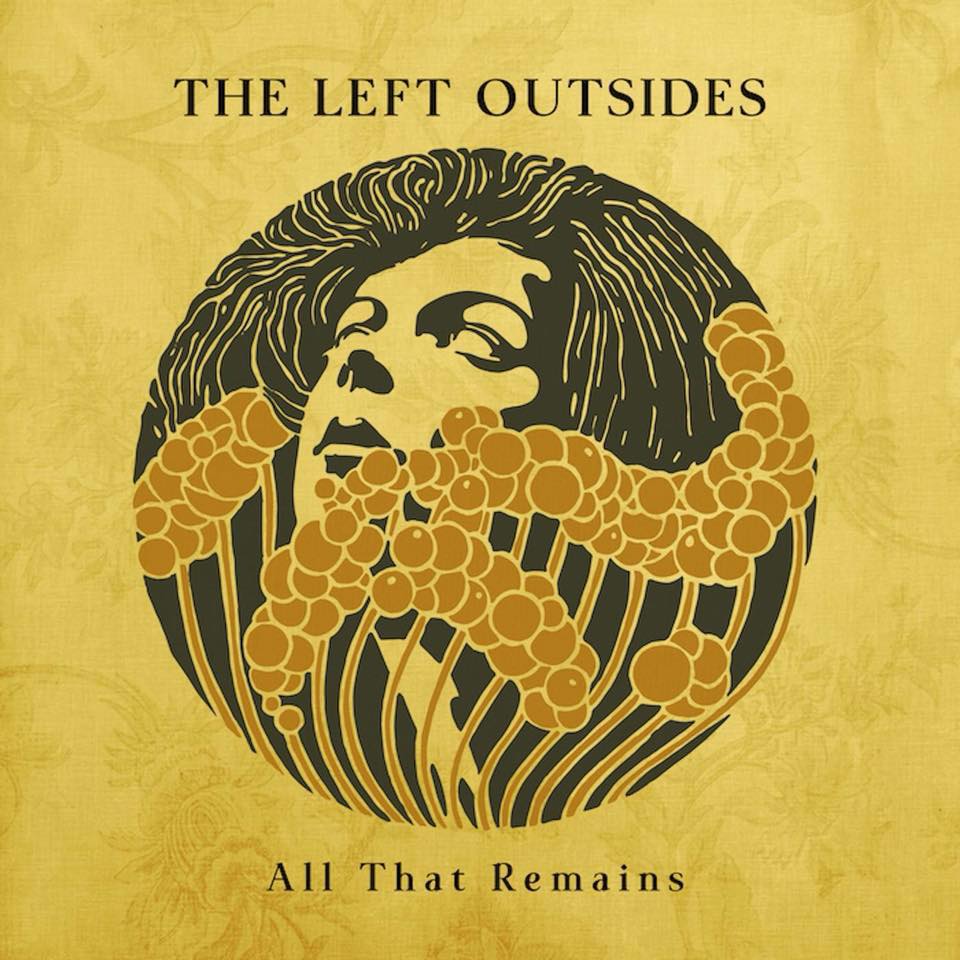 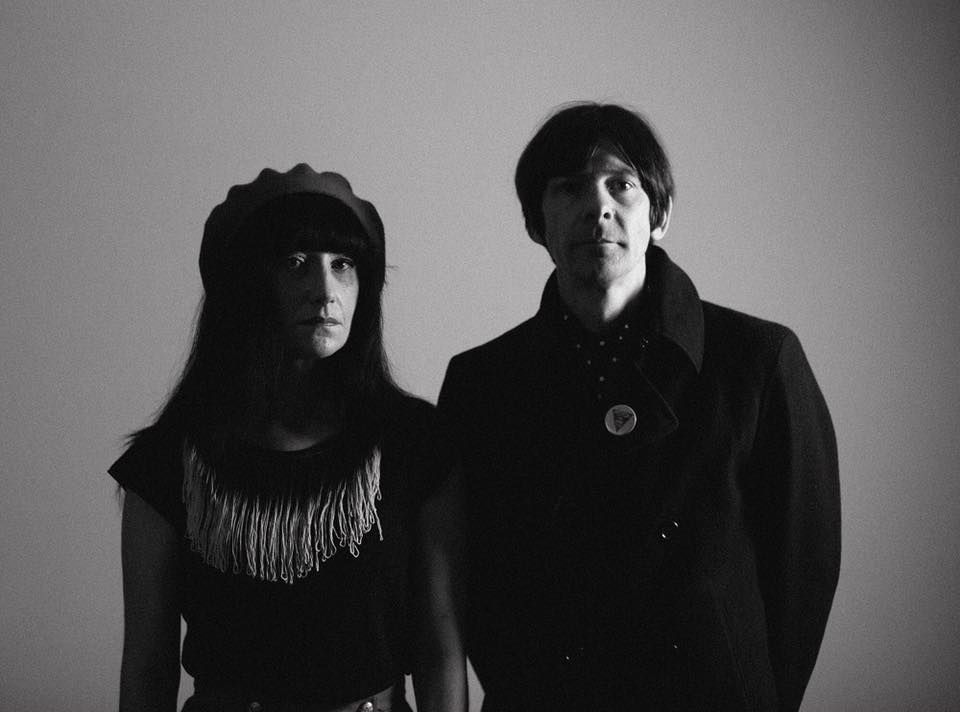 ***For everywhere else (INCLUDING Canada, New Zealand, Japan) you must contact for a shipping quote.

ALL USA AND AUSTRALIA ORDERS WILL BE SHIPPED IN BULK TO ONE ADDRESS AND THEN SHIPPED INLAND - This means you title may take upto 2 weeks after release date to arrive (I promise No Longer than that unless the record is delayed)
Hence the far cheaper shipping costs to the USA and Australia that Royal Mail quote me. THANKS

Feeding Tube Records and Cardinal Fuzz are pleased to present to you “All That Remains” - The new LP from The Left Outsides. Counting their live CDR from 2007, All That Remains is the fifth album by Walthamstow's finest duo since at least the halcyon days of Bevis Frond's Inner Marshland.
Hard to pin down with any certitude, the music created by The Left Outsides varies from track to track and even moment to moment. Alison Cotton's vocals, harmonium and viola blend with Mark Nicholas's voice, bass, guitar, piano and drums in ways that recall everything from Kendra Smith and David Roback's drony duo, Opal (on “Down to the Waterside,” to PJ Harvey covering an old Blondie tune as a dirge (on “Naming Shadows Was Your Existence”).
But the basic pulse of All That Remains most often reminds me of either current work by Massachusetts' estimable Damon and Naomi, or the sound of Pearls Before Swine around the time of their third LP, These Things Two. Like those combos, The Left Outsides manage to swap and mix male and female vocals without altering the elegiac dream-heft of their overall sound. They do this while maintaining a vibe that feels indebted to the mists of wood and dale far more than the bustle of London.
And the instrumental arrangements are never too far from the light touch of the folk-rock classicism perfected in the UK and Holland as the '60s slid into the '70s. Most of the sounds seem more like meditations upon this period than any attempt at recreation, however, which also aligns the band with certain threads that emerged in the '80s uk psych underground just before raves took over.
All of which makes this a beautiful and outstanding record, and one that especially rewards the deep concentration of what is euphemistically called “late night listening.” It's a very special spin. - Byron Coley.

Folk Radio
"Even after several plays, All That Remains remains an enigmatic record, whose resolutely beautiful meanderings are destined to haunt the listener, albeit in ways difficult to verbally assess in columns such as these; you simply have to get immersed in Mark and Alison’s visionary music – don’t leave yourself outside!"
(David Kidman)

Textura Magazine
"Think hypnotic tunes that flirt with prog, pop, folk, rock, and even punk, and sometimes within the same song and you'll have some idea of this special album's appeal........Byron Coley calls All That Remains “a very special spin,” and he's not far wrong in that regard".
(Ron Schepper)

Terrascope
“We’ve probably run out of superlatives with which to shower on wife/husband duo Alison Cotton (viola and voice) and Mark Nicholas (guitar and vocals) – see reviews passim. Such is the siren-like allure of this their fifth album (their second on Cardinal Fuzz and which gets a US release courtesy of old ‘Scope mate Byron Coley’s Feeding Tube imprint), though, that we just can’t resist trying to do it something approaching justice without, hopefully, resorting to too many tired clichés of our own making……..It has a foot in the past and gives a nod to the present, while the Left Outsides have their eye firmly fixed to the future. Nothing here outstays its welcome. Long may it, and they, run”.
(Ian Fraser)

Goldmine Mag
“A London duo that feels a lot larger, guitar and viola duelling alongside the voices of Alison Cotton and Mark Nicholas, it’s a sound that has drawn comparisons from as far afield as acidic psych and Nico-id desolation, and both extremes are fair.
“The Ballad of Elm Tree Hill” is as stark as a slice of Desertshore (although that may just be the viola talking); “The Unbroken Circle” is the Creation jamming Sandy Denny. But “Down to the Waterside” could be Nick Drake musing over a jam jar full of insects, and “Clothed In Ivy, Obscured By Dust” might have a title that Dead Can Dance would die for, but it’s propelled by a solid Kinks rhythm, circa the album or two before Face to Face. All of which sounds like it could be a jumble, but it works with almost malicious glee, pushing its own frontiers to one side, but always keeping the furthest extremities in sight. So we slip from the keening morbidity of “All That I Danced With Are Gone,” Cotton’s always-heart-lifting vocal fly-tipping pain across a tune that’s not quite a melody, to the plaintive near-plainsong of “The Yellow Wallpaper,” and then a title track that could have spent the night putting lyrics to a Sigur Ros mid-section. Which still sounds like a jumble, but it isn’t. The Left Outsides say “come on in,” and you’d be a fool not to listen”.
(Dave Thompson)

Off Beat Music
“‘All That Remains’ is the fifth album by The Left Outsides and it is one of those albums which merits full album, in the correct order of songs headphone listening. The classic way, so to speak. Because that is what this albums encapsulates: ….. “All That Remains” is a classical folk album that is inspired by its creators and imprinted with their unmistakable musical trademark”.
(Alice Peters-Burns)

HeathenMofo Blog
"There are times when the album feels ancient with John Barleycorn overtones, other times it may seem almost whimsical, or foreboding. Whatever emotion or story they are telling, it is done so with an almost melancholic beauty".
(Iain Wiltshire)