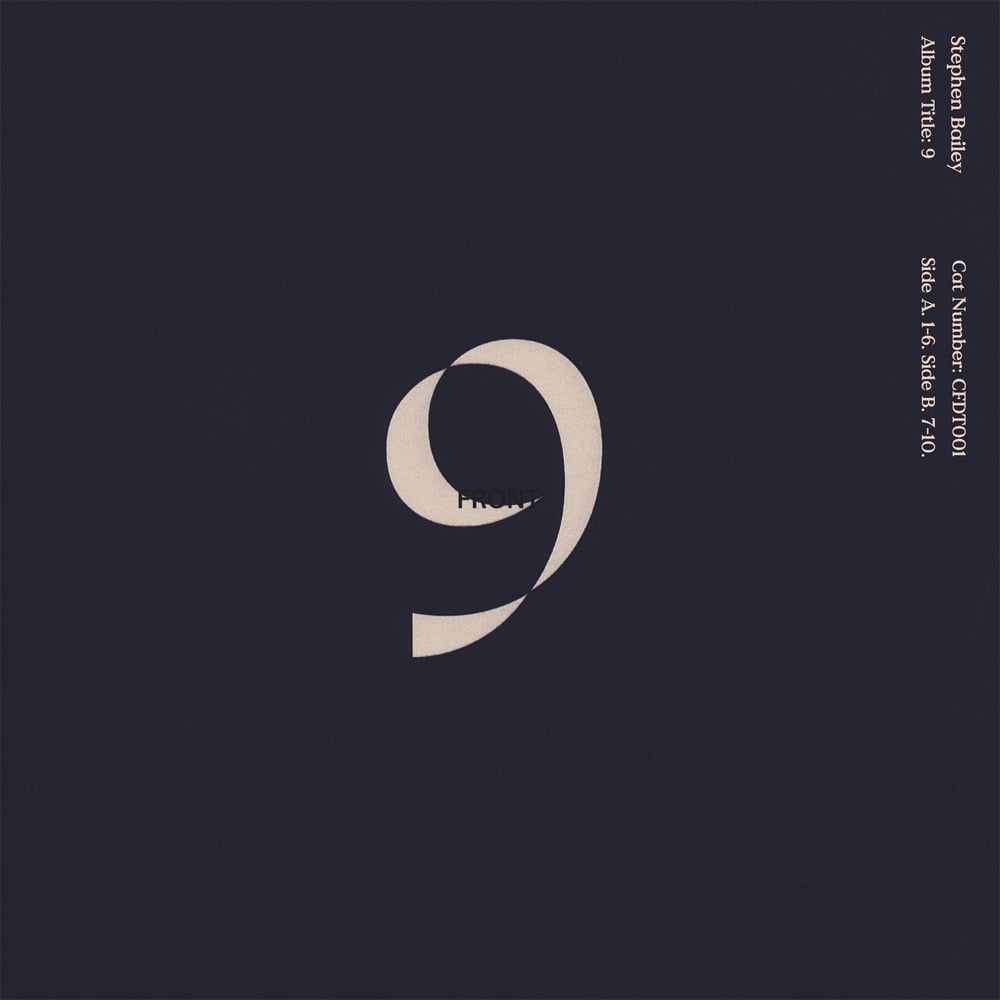 For USA please select USA as your postage destination

The last we heard from Stephen Bailey was a year and a half ago, when he released his debut album Silo, a sprawling collection of warped psych-pop that zigzagged between classic 60's rock and eerie freak folk, and served as an impressive introduction into his expansive sound. It has been a little bit of a break, although he certainly hasn’t been resting on his laurels - Stephen also fronts Perth heavy-hitters Mt. Mountain, who just dropped their third album - but that makes it all the more exciting to reveal that his second Stephen Bailey album 9 is almost here, coming out on February 22nd via Dusky Tracks locally and Cardinal Fuzz in the UK.

’Hyde’ picks up where Silo left off, creating a familiar sense of warmth and lushness despite the relatively sparse instrumentation - however, this time around things feel more considered, compared to the ramshackle nature of the previous album. Led by woozy keys that constantly stab over a leisurely drum and bass groove while grainy guitar chords chime in, the track rides along steadily without a huge amount of dynamic variation. Instead, the instruments leave plenty of space for Stephen’s warbly voice to cut through, up close and delicate, as he weaves the track’s strongest hooks almost effortlessly. The track meanders on dreamily as synths and guitars weave around each over, creating a listless yet spirited mood that sucks us further into the song’s cozy atmosphere, until the rug is pulled out from underneath and ‘Hyde’ is done. (Trouble Juice)

Stephen Bailey’s latest single Hyde heralds a new stylistic direction for the Mt. Mountain frontman - it’s sonically expansive and lush with Stephen’s voice up close, personal and nicely saturated. Layered intertwining synths flutter along with chugging bass and drums just behind the beat. Bailey’s falsetto is wistful, barely there yet immediate.
Though Hyde - like the rest of 9 are a cohesive step up from the bedroom psych pop of Silo - Steve’s laments remain introspective. Expressions of indecisiveness towards love, misinterpretation and happiness in isolation litter the lyrics of Hyde and 9 Herein.
The accompanying video, directed by friend and frequent collaborator Sam Eastcott follows this loose narrative of indifference through symbols of European Folklore, Religious Symbolism and Freudian Theory. It’s a psychodrama condensed - using editing to create a sense of momentum that builds throughout - mirroring the plagued inner consciousness of the protagonist.

"Stephen Bailey has expanded on Silo and delivered a beautiful follow up full of hazy dreamy nuggets with an emotional core that hits deep." Optical Sounds Fanzine