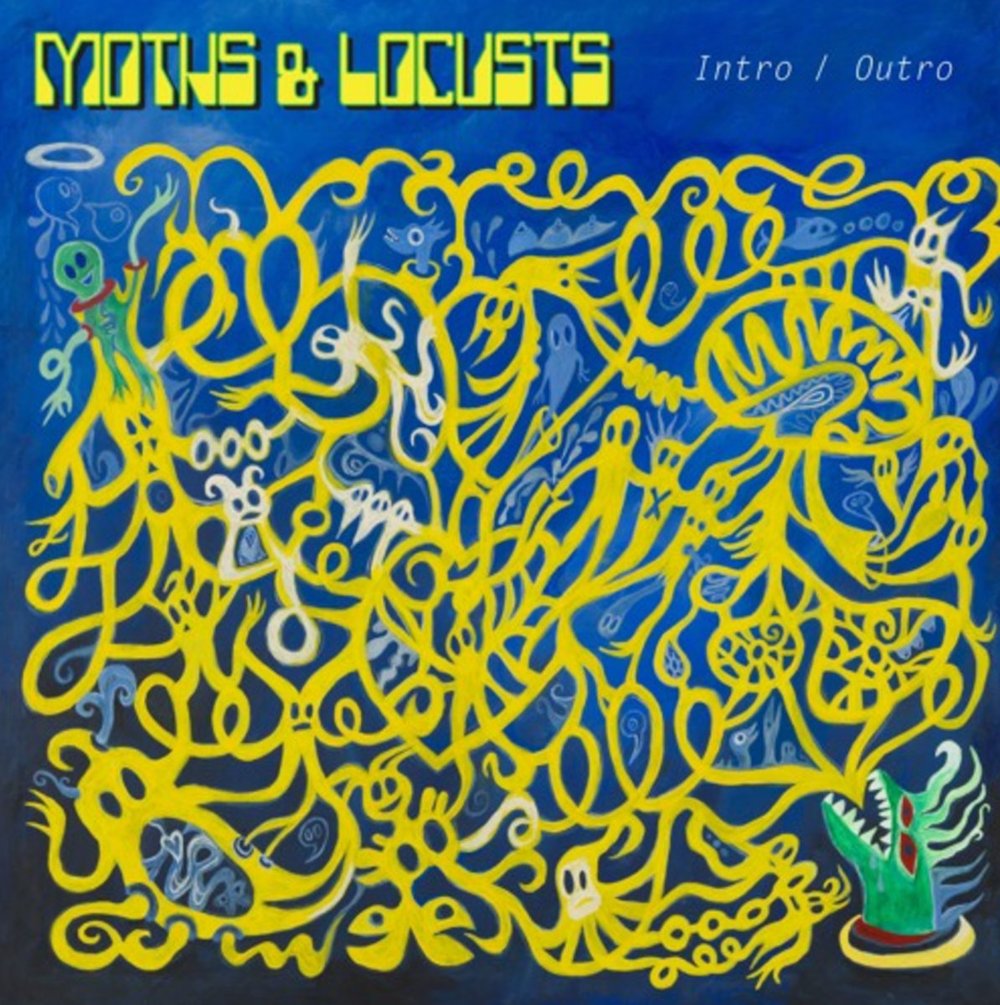 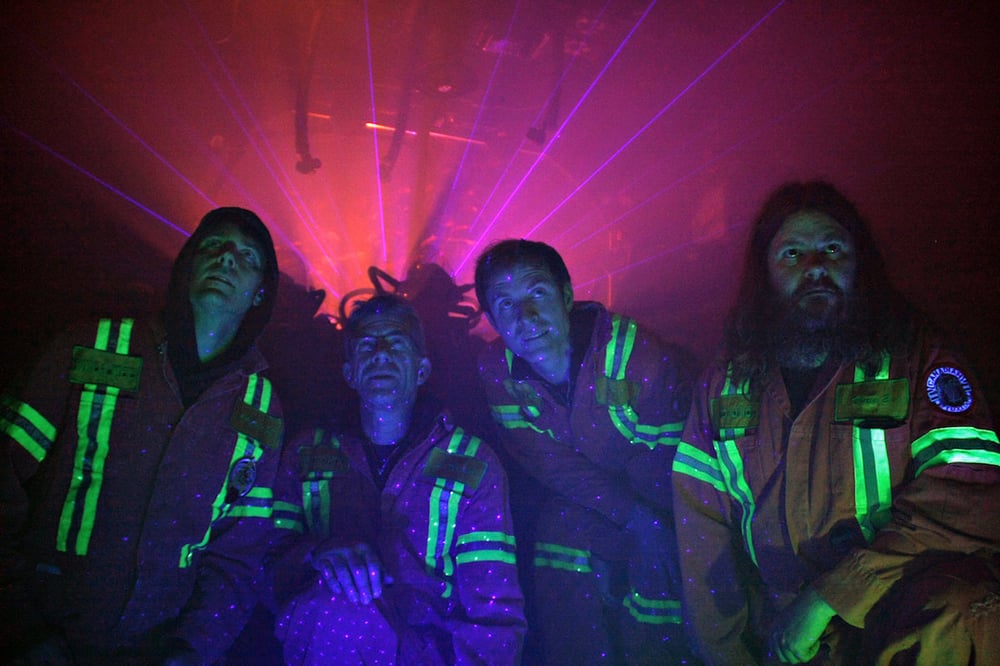 FOR THE USA AS YOUR POSTAGE DESTINATION

FOR AUSTRALIA PLEASE SELECT AUSTRALIA AS YOUR SHIPPING DESTINATION

FOR CANADA PLEASE VISIT noiseagonymayhem.com OR IF OTHER TITLES REQUIRED SELECT CANADA

“I just go with the flow, so any style can be in my music – that makes it exciting.” – Yoko Ono

In terms of her uninhibited approach to the creation of art, the presence and acknowledged influence of the legendary Yoko Ono looms large on Intro/Outro, the 3rd full-length offering from Canadian psych-rock trailblazers, Moths & Locusts. As Ono enjoys a long-overdue vinyl reissue campaign in 2017, so her champions like this brilliant Nanaimo, BC outfit harness her exploratory spirit for a new audience.

Following on from 2013’s startling debut, Mission Collapse in the Twin Sun Megaverse, and the powerful sophomore release, Helios Rising (2016), Intro/Outro represents a natural sonic progression for Moths & Locusts, yet with prominent use of vocalization over lyrics for most of the material, rendering the album largely atmospherically instrumental, it is also something of a departure.

Co-produced by the band and Rob the Viking (who also provides samples and tape echo) at his downtown Nanaimo studio, The Chamber, Intro/Outro is an organic recording that goes some way to capturing the Zeitgeist, reflecting global tension and uncertainty. “This is an album for the times, for sure,” says Dave Read with matter-of-fact bluntness in respect of its heavy, abyss-deep, unsettling mood. While Moths & Locusts’ music has always remained woozily psychedelic, although as hauntingly beautiful as previous recordings Intro/Outro is markedly infused with a previously unseen darkness.

This sonic territory is immediately established with the opener, Acid Cloud Pt.1, featuring the chilling vocalization of sleeve design artist Valentina Cardinalli, moaning and screaming behind a slow-burning psych rock assault. Cardinalli stars elsewhere, as does guest flautist Samantha Letourneau, especially on the trippy, fuzz-funk epic, Sea Hell, in which a spoken word sample from Joseph M. Mauro’s British Columbia: One Hundred Years 1871-1971 is inventively placed. Hymn to Hathor pays homage to the Egyptian goddess of, amongst other things, music and dance, before the speaker-destroying Strange Space sees the band in pummelling stoner-rock form. The intense, grinding Acid Cloud Pt. 2 is pure menace, inducing chills down the spine before the relatively serene Scream and the fractured Roadside offer respite from the overwhelming power of all that came before. Like Laibach jamming with Hawkwind, He Who Has the Most Strings leads into the weird, dubby closer, Martian Sunrise, to conclude a remarkable forty minutes of contemporary psychedelic rock music.

Initially proposed as an exclusive EP by UK psych cassette label, Eggs in Aspic (who will release the tape version, with fellow UK psych label Cardinal Fuzz and Read’s NoiseAgonyMayhem responsible for the wax), like the previous Moths & Locusts albums the recordings were mastered by Bob Weston (Shellac / Mission of Burma / Nirvana’s In Utero and more). At the fore of the band’s massive range of influences on this occasion are Gong, Can, Trans Am, Rainbow Band, vintage synths, and post-Syd Barrett/pre-Dark Side of the Moon Pink Floyd. And, of course, Yoko Ono, who once said, “I like artists who have something to say, not wallpaper.” In which case, she would absolutely love Moths & Locusts.

When Cardinal Fuzz started working with Moths and Locusts in early 2016 (with thanks to Darrell and Sunmask)a future LP was proposed and Cardinal Fuzz started taking loads of units of the then current LP Helios Rising to sell to get interest building in Moths and Locusts and for this future LP. We couldn't get enough of them LPs in (we were the only place selling them in the UK). Each time we got a shipment of Helios Rising they would sell out within the week. Initially Moths and Locusts started recording some jam tracks for a tape with Eggs In Aspic but the band were rolling and what was initially going to be some was out there jams quickly morphed into something so much bigger as Moths and Locusts were just simply FLYING in the studio.