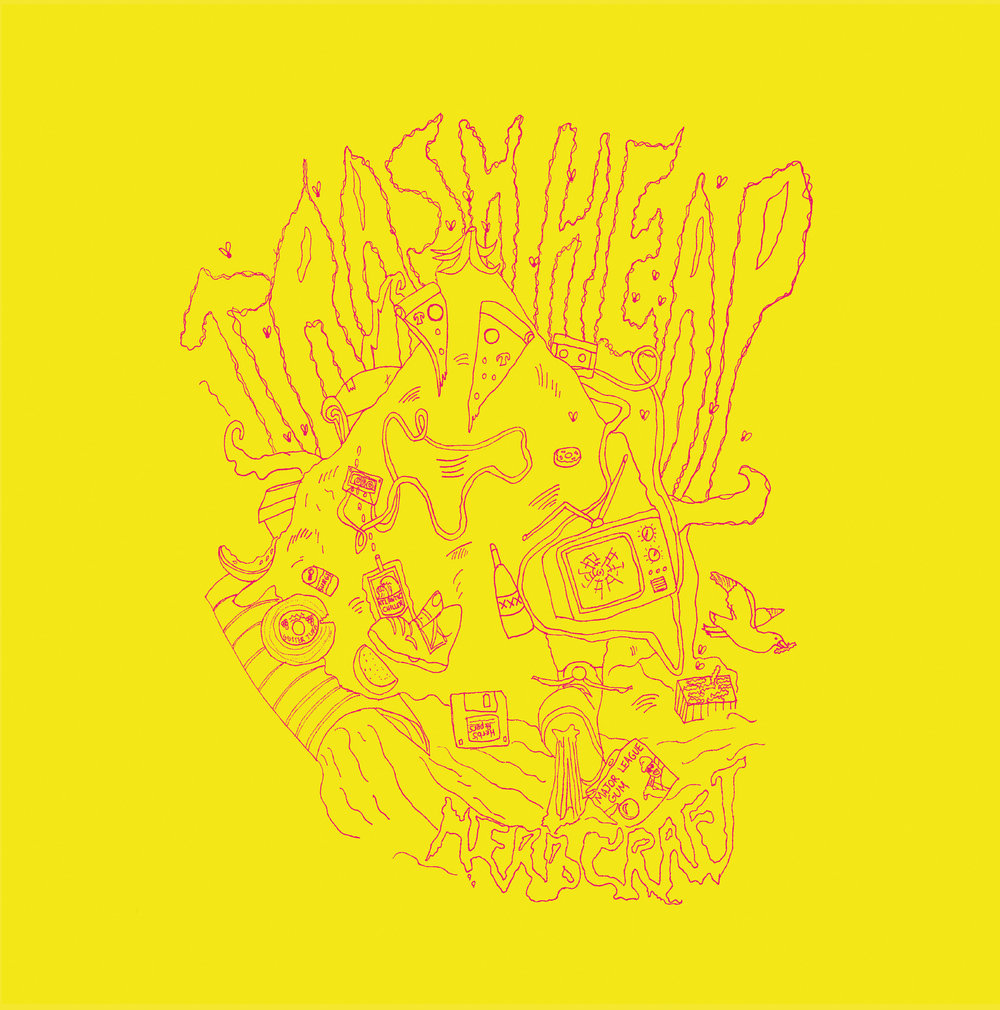 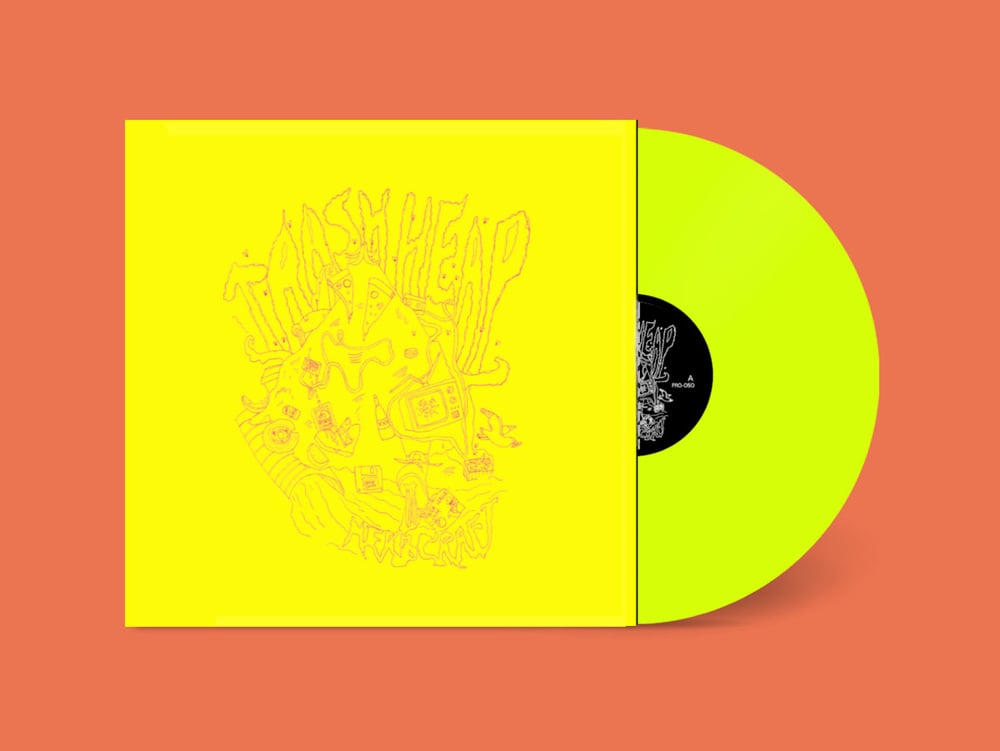 In the fall of 2012, Matt LaJoie began work on a set of lo-fi solo 4-track cassette home recordings that were intended to become Herbcraft's fourth album, Wot Oz. As a bridge from the full-band Woodsist debut The Astral Body Electric, the songs and sketches of the Highland Ranch year represented a quickly and vastly shifting world of sonic inspiration: heavy Japanese psych, American free-jazz and proto-punk, and heady Velvet Underground bootlegs supplanted the flowing, folky, hippie-cult jams of yore. Several songs and sketches from this era were demoed and scrapped before the band's trio lineup solidified around drummer/producer Aaron Neveu and bassist/organist Joe Lindsey in summer 2013 to record Wot Oz proper. Meanwhile, the 4-track cassette masters and crudely mixed 2-track bounce tapes from Highland Ranch were trucked from home to home in more than a dozen moves since 2013, eventually becoming lost in a mislabeled box for a couple years before finally being found in March. Now digitally transferred, remastered, and finished where left incomplete seven years ago, this previously apocryphal book of the Herbcraft story is being shared for the first time.

The patron saint of the collection is the titular Trash Heap - the anthropomorphic all-knowing, raw-blues-belting, filth-loving, Kali-alluding mystical compost mound of Fraggle Rock. Feeding on the fears, grief, and refuse of the land's inhabitants, she dispenses light and abstract wisdom: a vehicle for transforming low vibration manifestations to higher octaves with wonder and mystery. LaJoie approaches the material on Trash Heap as a disciple of this mission, infiltrating scuzzy rock riffs with third eye chants and appeals to ascended masters. Inspiration arose via the grimy psych-punk of early Stooges, MC5, Back From the Grave comps, and local legends The Migs, as well as the greasy DIY rock n roll of Royal Trux and Don Gere's Werewolves on Wheels soundtrack, all wrapped in a fidelity guided by Les Rallizes Denudes live bootlegs. The results were warped further via DIY production experiments that incorporated psychedelic dub and Free Your Mind-style knob twistery, granting a further layer of hallucinatory mystery to the no-budget sessions.

The opening title track peels out right from the gate, coming at full blast before the tape has fully turned over from leader to ferric. More succinct and punk-referencing than anything LaJoie's turned in this side of S.S. Cretins, it gang-voxes its way through a classic teenage punk stomp, presenting something like a theme song for an alternate universe sewer-city animated series. "Below Your Mind" follows with a slight Anatolian touch in rhythm and scale; palm-muted electric guitar riffs interlock with a dancing bass, and tunnel-reverberated monastic vocals chant and croon a message of heart-centered self-reflection. The abstract noise-sound collage "All's Burnt" features light space-drums backing a duet for bass guitar and a pair of sneakers in a clothes dryer, before a thickly tremoloed electric guitar enters to usher in the instrumental garage rock jam "Highland". Followers of Herbcraft's past work will note that this is the original 4-track demo version of the song that would become Wot Oz's "Fit Ur-Head"; here, the instrumental "Highland" motors with a full tank toward the ultimate vanishing point in the sky, dual electric guitar leads reaching ever higher until the dome is pierced and gone beyond.

First single "Eon Rd" closes the A-side and is a prime example of the lane Herbcraft was cruising down throughout 2012, particularly in duo live settings (with Dawn Aquarius on organ/synth): cassette backing tracks featuring hand drums and dubby, funk-indebted bass lines laying the pavement, with delayed wah guitar and fuzzed out tremolo leads trading off with vocal mantra and free-wail. The track builds fiery electric guitar into a wall of echoing feedback, approximating Royal Truxian lo-fi psychedelia moves before finally collapsing back into the rhythm bed from whence it grew. The rhythm backing cassette approach is explored further on the twin longform improvisations comprising the entire B-side. Here, with only the 2-track rhythm tapes used at live Herbcraft performances available, LaJoie laid down new guitar, percussion, and vocal takes in the style of those solo and duo Herbcraft shows of the era to complete the picture. "Docet Up" drifts through light space-funk cloud cover, kosmische and earthy at once, while the closing "Last Words" drives a simple, swinging, handclap-led beat behind chugging half-step chords and harmonized bumblebee guitar leads, culminating in a towering psychedelic group chant.

Music and lyrics by Matt LaJoie. Written, performed, produced, and mixed by ML.

For THE REST OF EUROPE postage (INCLUDING RUSSIA) select EVERYWHERE ELSE as your postage destination.

***FOR ALL OTHER DESTINATIONS - YOU MUST PLEASE CONTACT MYSELF AND I WILL GET A POSTAGE PRICE FOR YOU***
I am sorry in that Australia/New Zealand and other World Zone 2 territories - pricing is high. We can hold titles as shipping one LP is £16 - Shipping 6xLPs is about £33.

Asteroid No.4 - Northern Songs (Repressing - Half and Half Effect -Yellow and Black CARDINAL FUZZ
£15.00