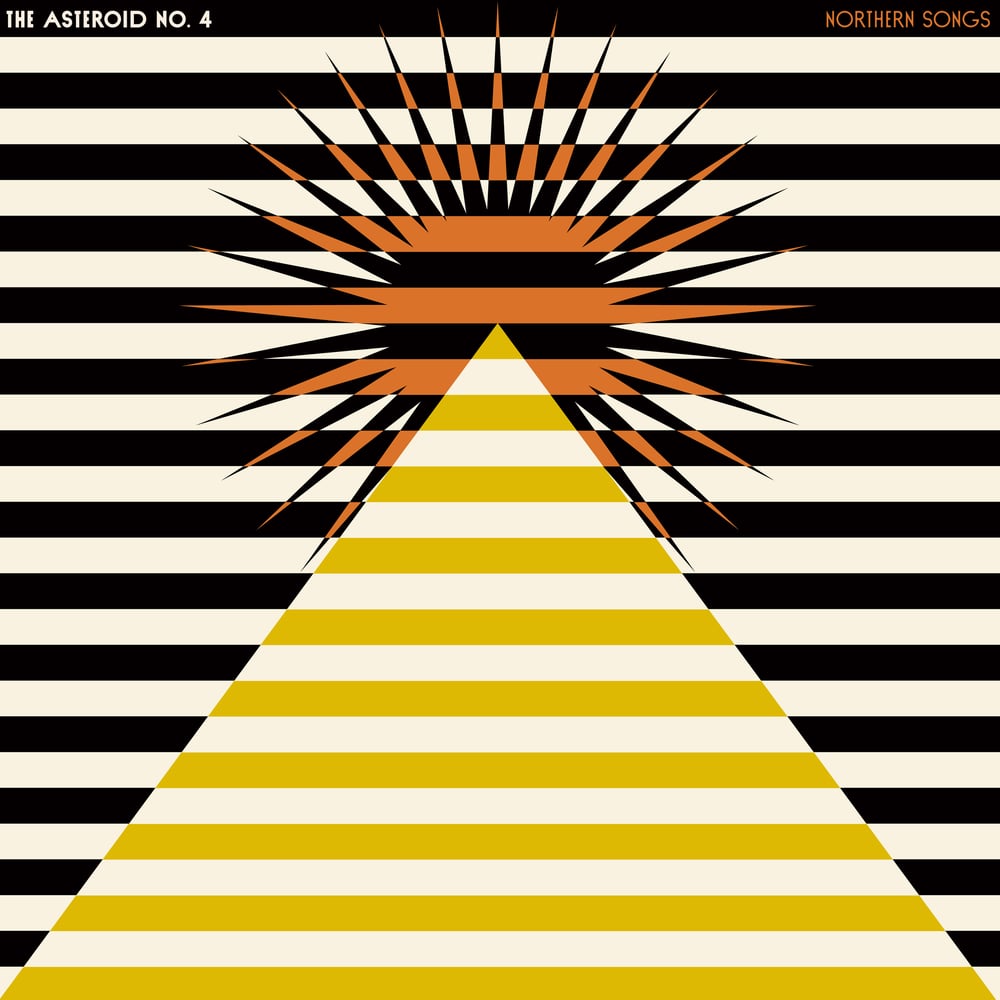 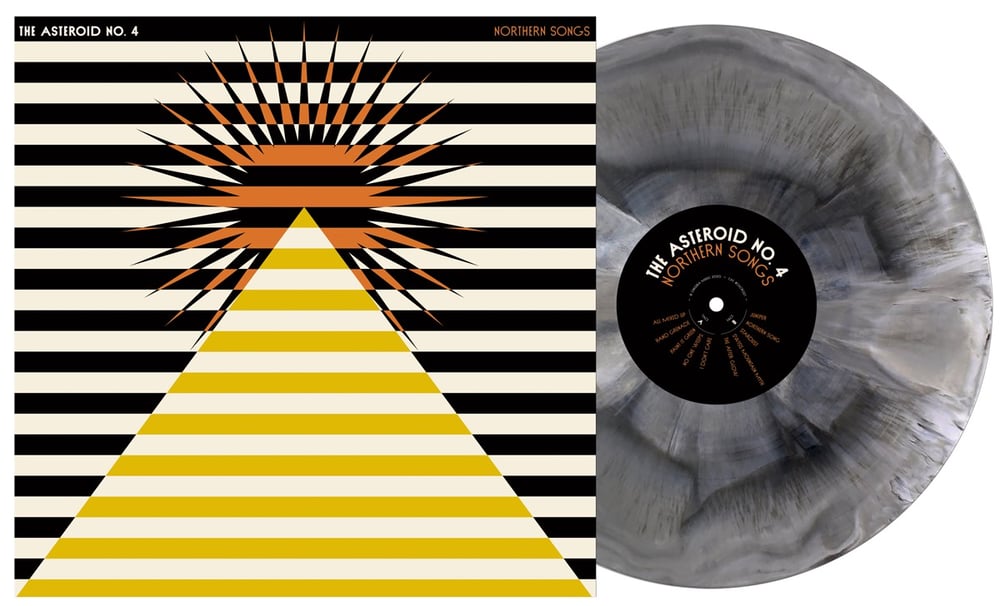 Cardinal Fuzz and Little Cloud Records are delighted to bring to you 'Northern Songs'. Hyperbole is never our thing but we need to shout it loud that this latest Asteroid No.4 LP is chock full of irresistible hooks and trippy shimmering jangles that will not be able to shake (and why would you want to) - Astereoid No.4 have created a neo psych masterpiece (we shit you not) perfect for strolling and losing yourself to in the late Summer Sun (anytime / season will work).

'Northern Songs' is the band's tenth full length record, following up the 'Collide' LP in 2018. Here, the 12-string folk-rock jangle of the mid-60's Byrds is overlaid with the washed-out vocal harmonies of Ride and topped off with psychedelic drones familiar to Spacemen 3. This is a hypnotic hybrid of several different genres filtered through the kaleidoscope of all things psychedelic.

On this new album, they did all writing, playing, recording, mixing and mastering in their own studio. This is the first time they've gone fully DIY since their fourth album 'An Amazing Dream' (2006), where the band finally found their own trademark sound.

"This is a first for us as we've always had at least guest musicians or someone else mix or master. It was an experiment on what we could do ourselves and testing our new studio in San Rafael, CA for the first time. Our sound is primarily rooted in the British indie music from the 80s and 90s. This is the music we grew up on, we still listen to today, and what happens as a natural result of our songwriting," says Scott Vitt.

"Lyrically there's reference to what is happening both socially and politically in the world around us. We wanted to make an album that brought an air of calm or even nostalgia, to remind people that there was a time, not all that long ago, when things seemed way more normal compared to what we're experiencing today."

Considered stalwarts of the modern 'psych' genre, they are known for their prolific discography of reverb-drenched recordings and liquid-projected live performances. With a sound all their own and neo-psychedelic / shoegaze learnings, they are often compared to acts like Spacemen 3 and Paisley Underground kingpins The Rain Parade.

A dynamic live act, The Asteroid No.4 integrate multi-textured guitars and reverb-drenched vocal harmonies over an unwavering rhythm section. Their prolific output has earned them a dedicated fan base within the flourishing underground psychedelic scene, with over a dozen compilation appearances, digital-only rarity releases, and multiple singles and EPs.

Named after Vesta, the brightest asteroid in our solar system, their moniker is an obvious nod to Spacemen 3, one of the band's main influences. In fact, one of the group’s earliest recordings was a faithful cover of their 'Losing Touch with My Mind'. Released via UK label Rocket Girl’s tribute compilation to the 80’s legends, Pete 'Sonic Boom' Kember himself named the song as a stand-out track in an interview with Magnet Magazine.