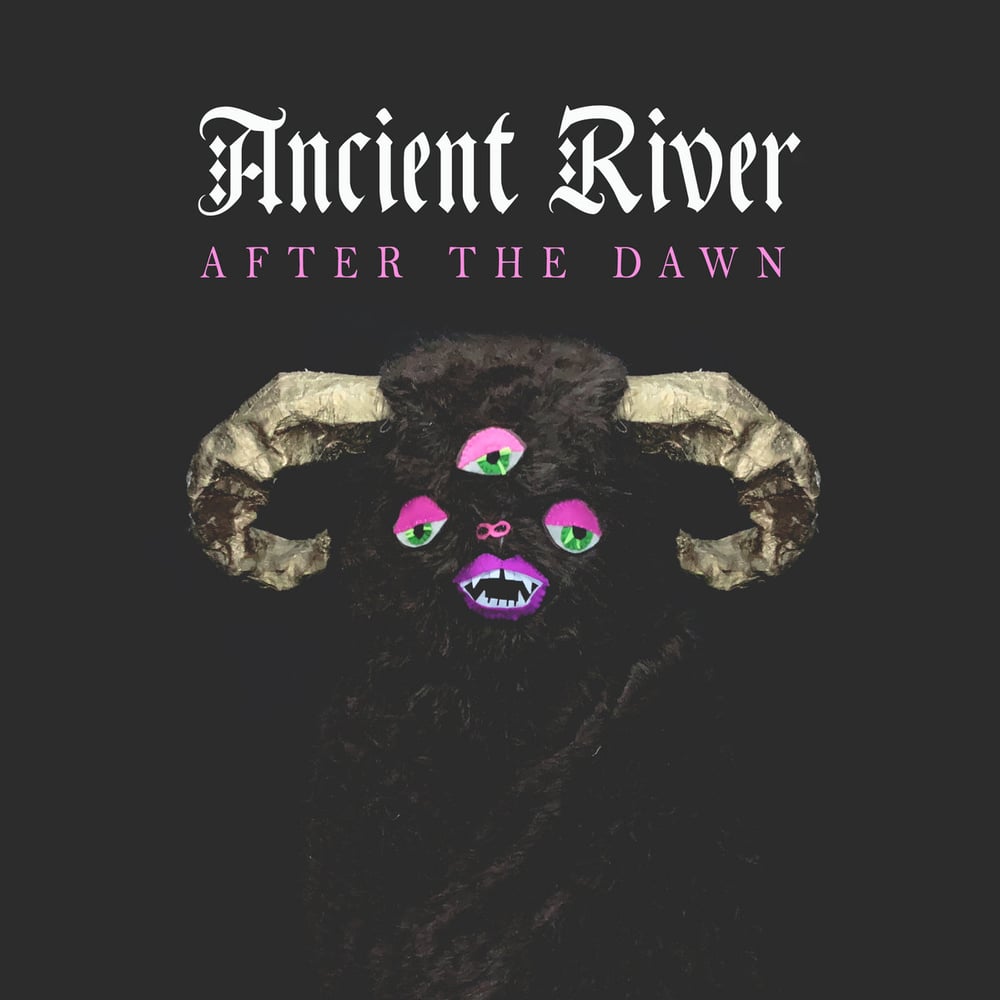 Ancient River – After The Dawn

The Acid Test Recordings and Little Cloud Records are proud to present: After The Dawn, the new album from Ancient River.

Whilst touring throughout America, this Floridian two piece conjured up a feverish album of deep earth fuzz and spectral shoegaze. Thunderous riffing meets heat haze psychedelia, After The Dawn takes Ancient River into heavier territory than before.

Ancient River (J. Barreto – guitars and vocals, Alexis Cordova – percussion and vocals) describe their new album, After the Dawn, on their Bandcamp page as “A dark, moody collection of songs written primarily on the band’s tours.” That’s as accurate a description as any I could write, but I would add one word to it – “heavy.” This is easily the heaviest, fuzziest Ancient River record I’ve heard in a long while.

The opener, “So Long Ago,” almost lulls you into a euphoric daze at first before a wrecking ball of distorted guitar fuzz and massive fills smacks you in the face. “Trust in Me” has a malevolent chug running throughout it, like something moving at the bottom of a witch’s cauldron. Cordova’s drums on “Until the End” bring Black Sabbath to mind, and Barreto’s riffs alternate between psychedelic trips and skull battle ax skull-crushers.

“The Nothing” is a quick instrumental that leads into “King Freak,” which brings in a little shoegaze to the heavy fuzz assault. “With Love” pulls you down into a world of incense smoke and peyote visions. The album ends with “Under the Stone,” which is over eight minutes of heavy jamming that will induce slow, rhythmic nodding and upper torso undulations from the sheer gravitational pull of it.

I don’t know what kind of weird, creepy things Ancient River saw on their recent tours to inspire these songs. Perhaps they ran into the monster depicted on the cover while driving their van down a dark Pacific Northwest road or stopped at a roadside market somewhere in Montana to buy some handcrafted Native American jewelry and met a talking crow. Again, I don’t know. I’m not even sure they could explain it, but that’s okay. The mystery is sometimes better than the answer, and this album is a mystery that can have different solutions depending on the kind of day on which you hear it and / or your state of mind at the time. Open it and let it alter your perception.